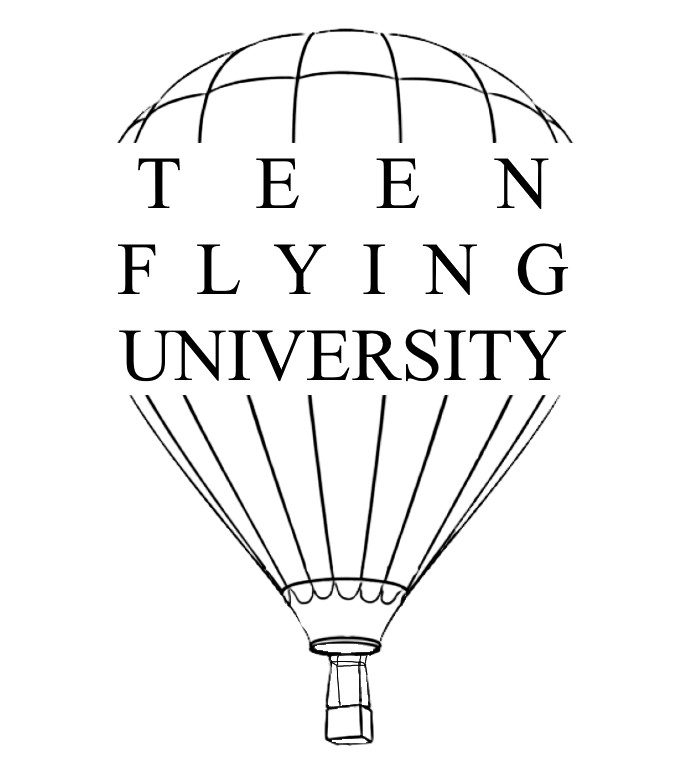 „A nation that loses its memory ceases to be a nation –
it only becomes a collection of people,
temporarily occupying the territory.” – Józef Piłsudski

My name is Tomasz Cebulski. I am a political scientist with a professional passion for genealogy and guiding. For years, I have been reconstructing historical narratives of families, events, and places. After 20 years of educational and popularizing work mainly for English-speaking audiences, in 2020 I decided to develop an educational project – the Teen Flying University for students from Poland. This project is possible thanks to the financial support of the Alfred Landecker Foundation and Humanity in Action.
The idea is simple and based on my previous experience of working with students at memorial sites and museums like Auschwitz-Birkenau or Museum of History on Polish Jews – POLIN. My genealogy research and guiding firm POLIN TRAVEL and drone film interpretation project SKY HERITAGE PICTURES are also involved by sharing administration and experience.

The Teen Flying University is an educational project for young people aimed at raising awareness of local history and promoting memorial sites. The project consists of two parts. The first is a theoretical series of direct and online lecture and workshop meetings. Together with my guest lecturers, we will familiarize young people with the secrets of the historian’s workshop. We will rediscover the history of the local community, local memorials. Within the educational workshops on work and safety in social media and creating photo and video content. The second part of the project is collaborative fieldwork on the maintenance and interpretation of local memorial sites. Together, we will maintain cleanliness, introduce new markings, create descriptions on the spot and the Internet, take care of interpreting history and collecting testimonies to keep the memory alive for the next generations.

PHOTO-VIDEO contest – „Orient Yourself! The past is present”

The preliminary photo-video contest aimed at activating students to their research and discoveries of historical sites is very popular among young project participants. On the project’s FB website, we present to the students a series of 6 to 10 photos taken in their cities, non-obvious photos, often zoom-in framed, but taken in historically important sites. The task of the students is to track down these details and take a good photo showing the entire context of the place and a one-sentence description of its history. This competition has great educational value and encourages young people to be active and visit historically important sites. The publication of photos and descriptions in the form of posts on FB makes these places more easily recognizable among young people and results in an interesting debate about the importance of these memorials for the youth in contemporary city life.

One of the goals of the project is to acquire the ability to consciously use the camera and camcorder to promote local history. As part of the workshop, young people will meet with a professional photographer who has been working on the documentation of local and national celebrations for many years. The pandemic period also showed the power of communication and education with the use of video materials. At the end of the theoretical and practical part of the project, we plan to produce, together with young people, a short documentary about the history, places of remembrance, and our joint work. 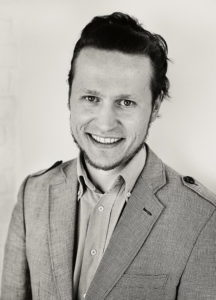 Political scientist, genealogist, guide at museums and memorial sites. Author of the book "Auschwitz after Auschwitz" on the politics of memory, and numerous scientific and popular science texts on the memory of the Holocaust. Since 2002, he has been managing the genealogy company Polin Travel, and from 2020 a new visual project at memorial sites called Sky Heritage Pictures. Scholarship holder of the Alfred Landecker Foundation, originator, and manager of the Flying Youth University project. 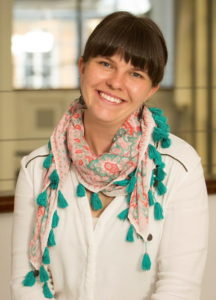 Sociologist, member of the Association of the Polish Center for the Holocaust Research. She lives in Podhale and has been researching the fate of local Jews during the Holocaust and the post-war period for several years. She is involved in activities to restore the memory of the victims - she is a Leader of Dialogue supported by the Forum for Dialogue Foundation, she works on the "People not Numbers" project of the Popiel Family Center Foundation. She is the author of numerous articles published in Poland and abroad. She received the Professor Izrael Gutman Award in 2016 for her study "Why They, Who Suffered And Endured So Much, Had To Perish. - Jewish victims of armed violence in Podhale in 1945-1947 ". 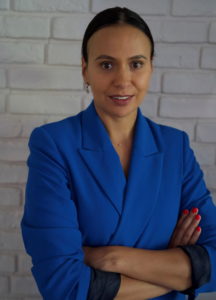 Assistant professor at the Institute of Ethnology and Cultural Anthropology at the University of Warsaw. She collaborates with the Institute of Intercultural Studies of the Jagiellonian University and the Polish University Abroad in London. A scholarship holder of Columbia University in New York, Leadership Academy for Poland, and the Fulbright program. Author and co-author of books and scientific and popular science articles on the Roma minority, with particular emphasis on the Romani Holocaust. She published, inter alia, in Gazeta Wyborcza and the Newsweek weekly. Co-founder and president of the Foundation Towards Dialogue. She invents and coordinates educational projects. 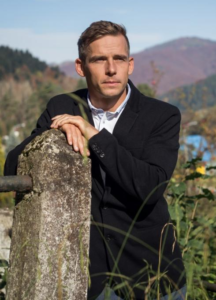 Mountain kayaker, Olympian, eight-time Polish champion, community worker involved in many historical site maintenance initiatives. His social work is aimed at fighting stereotypes, xenophobia, anti-Semitism, and racism. Actively fights to preserve the memory of people, events, and places otherwise forgotten. He competed for many years near Krościenko. The story of his physiologist, Jerzy Żołądź, about the forgotten Jewish cemetery in this town gave him an impulse to act. Initially, only a fence and a monument with the inscription "In memory of the Jews from Krościenko" were planned. The project developed into a full revitalization of the cemetery area as a memorial site. The People Not Numbers project created by Dariusz deals with the commemoration and care of abandoned Jewish cemeteries in southern Poland. As part of People Not Numbers, Dariusz, in cooperation with local history enthusiasts, successfully revitalized and commemorated cemeteries in Krościenko, Grybów, and Czarny Dunajec. 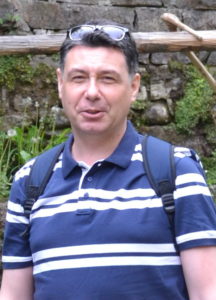 Certified teacher of history and civics at the Tadeusz Kościuszko I High School in Kraśnik. He attended the Holocaust Teaching Seminars at the Yad Vashem Institute in Jerusalem and the Memorial de la Shoah in Paris. Coordinator of numerous youth exchange programs. Regionalist and author of the publication: The Lost World of Hania Pomeranc, Hania, Rosa, Talila. Stories of Kraśnik Jews and the monograph 100 years of T. Kościuszko High School in Kraśnik. He published numerous articles in Regionalist and the Biographical Dictionary of Kraśnik Land. 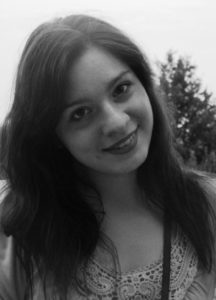 A graduate of the Faculty of Philosophy (Pedagogy: socio-cultural animation) and the Faculty of History (Jewish Studies) of the Jagiellonian University in Krakow. Professionally associated with the Jewish Community Center in Krakow, where she educates children and young people about Jewish culture, belongs to the editorial team of the JCC We are magazine, and is also one of the founding members of the Israel Days association in Krakow. She originates from Kraśnik, runs a Facebook page called "Kraśnik in old photos" and participates in the city's Jewish inhabitants commemorative projects. Co-author of the educational publication Passages of Memory: in the footsteps of Jewish culture in Tomaszów (2014). 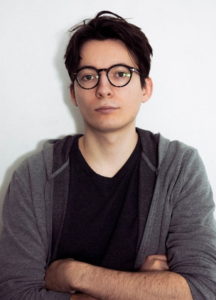 Keyboard Warrior's project coordinator, fact-checker, and communication specialist. Previously, he worked as a reporter at Polish Radio and as a social media manager at Wirtualna Polska. A graduate of Collegium Civitas (political science) and the In.Europa Academy.

He has always been involved in photography, and since 2002 he has been treating it as a vocation and profession. A graduate of the Academy of Photography. Photographer, press photographer. He cooperates with the Polish Photographers Agency Forum and the Associated Press, providing photos from the most important events in the country, fashion shows, festivals, galas, and other events in the culture, politics, and show business departments. The photos appear in well-known Polish and international press titles as well as on major internet portals. He also collaborates as one of the main photographers of the Auschwitz-Birkenau State Museum, where he documents the most important celebrations and events, the Anna Dymna MIMO WSZYSTKO Foundation, the Mastercard OFF Camera Film Festival, and the French vineyard Mas De Daumas Gassac.

Towns and their history